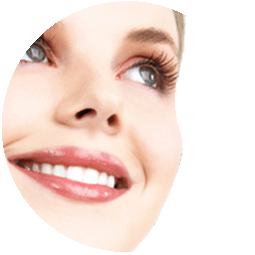 Smooth, silky skin and pouty lips are certainly important traits when it comes to enhancing your appearance, but don’t forget about the power of bold, sexy eyelashes. You can add extensions to your lashes or even tint them in order to really make yourself stand out in a crowd. So which treatment is better suited for your needs?

Eyelash extensions are becoming increasingly popular as they become more accessible and affordable to the general population. Beyonce isn’t the only one flaunting long, dark lashes now!

Extensions are pieces of synthetic or mink lashes that are glued to the edge of your real lashes to create a longer, more noticeable lashes. After a 24-hour cure period, the lashes can be treated just like normal lashes, so you can swim, shower, and try out hot yoga any time you want.

Lash extensions come in many different sizes, colors, materials, and varieties, so you can personalize your ultimate appearance. A full set can be applied in about two hours, and you won’t feel any pain in the process! Since lashes naturally shed every four to six weeks, you will need to return for touch ups every month if you want to maintain your full set of extensions. Otherwise, the extensions will eventually fall out with your natural lashes and you’ll return to your normal appearance.

Lash tinting doesn’t add any length or volume to your lashes, but it does help light lashes to look darker using a pigment tint. During this cheap procedure—usually under $50—your esthetician will apply your choice of tint to your lashes with a fine brush and let it set for about ten minutes. Just like the lash extensions, tinting only lasts as long as the lashes themselves, about 4-6 weeks. But during that month or two, you’ll feel incredibly confident and sexy knowing that your lashes are a prominent feature on your face.

Which is Best For You?

Tinting is a lower maintenance procedure that helps lashes pop without the need for mascara. It’s great for women who aren’t unhappy with the length of their lashes, but just want a darker color. Athletes also like to tint their eyelashes so that they can perform without worrying about sweating, dripping, or re-applying mascara.

Lash extensions, on the other hand, are an investment that most women find totally addictive. They are the right choice for women looking to add a bit of flare and drama to their appearance.